To design a poster based on the film titled The Shining.

The Shining is a 1980 British-American psychological horror film produced and directed by Stanley Kubrick, and starring Jack Nicholson, Shelley Duvall, Danny Lloyd, and Scatman Crothers. The film is based on Stephen King’s 1977 novel The Shining.In the film, Jack Torrance, a writer and recovering alcoholic, takes a job as an off-season caretaker at the isolated Overlook Hotel. His young son possesses psychic abilities and is able to see things from the past and future, such as the ghosts who inhabit the hotel. Some time after settling in, the family is trapped in the hotel by a snowstorm and Jack gradually becomes influenced by a supernatural presence, descends into madness, and ultimately attempts to murder his wife and son.

Here are some samples of posters done by other designers:

A poster designed by Tom Whalen shows the Overlook Hotel, snowstorm and corpses in the ground.

Designed by Matthew Griffen shows Jack carrying an axe in a snowstorm (scene from the movie) Using only achromatic colors.

Joshua Budich designed an illustrated poster. It shows all the characters, using red and achromatic colors.

Here are samples of minimalist posters: Art prints by Misery using the main items in film, key from room 237 and typewriter.

Kristjan Lyngmo using the wallpaper pattern from the 70’s that’s used in the set as background, axe that was used to kill the twins.

Designed by Chad Trutt using a layout of the maze from the movie.

Poster by Rusty Charles. Illustration of the main character, Jack.

Link to his page:

Samples of his work:

Samples of posters from the book: The Independent Movie Poster Book, by Spencer Drate, Judith Salavetz and Dave Kehr.

From the collection of the Posteritati Gallery. Book from college library.

The idea was to draw Danny on his bike with the text ‘The Shining’ as shadows behind him.

The idea is to place axe on top box, Jack’s eyes on second box and Danny in last box along with the text.

Using black as background, and focus on either Jack or Danny’s face

Idea was to use Jack’s lower torso dragging an axe with red background.

Here are Images of the cast from the film:

Patterns/wallpaper used in the set

Mind Map in a sketchbook

Nouns and verbs that described the film:

A sample of a poster done using the set of the film: Poster by Federico Babina

Using red to symbolize blood. Fonts that looks like it was written with an axe/knife. Main characters, Danny the son, lighter shade to show innocence, and his ‘shining’ ability. Jack the father in the background looking menacing.

A poster with the main characters. Another idea is to have the good guys on one side and the bad guys on the other.

Using old typewriter font as used in the film.

Using Adobe Illustrator and Photoshop to create a black and white poster.

The poster above was a mistake with the placing of paper in the printer, so I created a pattern, outlines of all the characters overlapping each other.

Using axe marks as text and maze that was in the film as the background.

Illustration of the cast done with pencils.

Danny on his tricycle and the text as his shadow.

The poster above is too busy, too many distractions with the wallpaper pattern that was used in the film. The text does not stand out.

Samples of text that was used for horror films:

A DVD I borrowed from the Raheny library shows a documentary exploring the numerous hidden meanings discovered within the movie.

Here is a link to the trailer:

A website that compiles all of the movie posters:

Samples of typography that suits the movie:

More samples of poster ideas: Negative space and image in the middle.

Another poster I tried with Adobe Illustrator and Photoshop. Drawn with pencils. Text using Mom’s Old typewriter font to match the typewriter that was used in the film. Image of Jack Nicholson, menacing and rest of the cast fitted in.

This poster has a pool of blood as the background with images of the cast drawn with pencils. Think the blood background is too pixellated.

Tried placing the illustration on stained glass. Characters are lost.

Scaled Jack’s head down to give more negative space. Now to figure out the text to go with it.

Tried half of his face and the three characters on his forehead, to show they were on his mind, and that he was out to kill them. Text using impact with slashes on it.

To use axe marks to make the text: 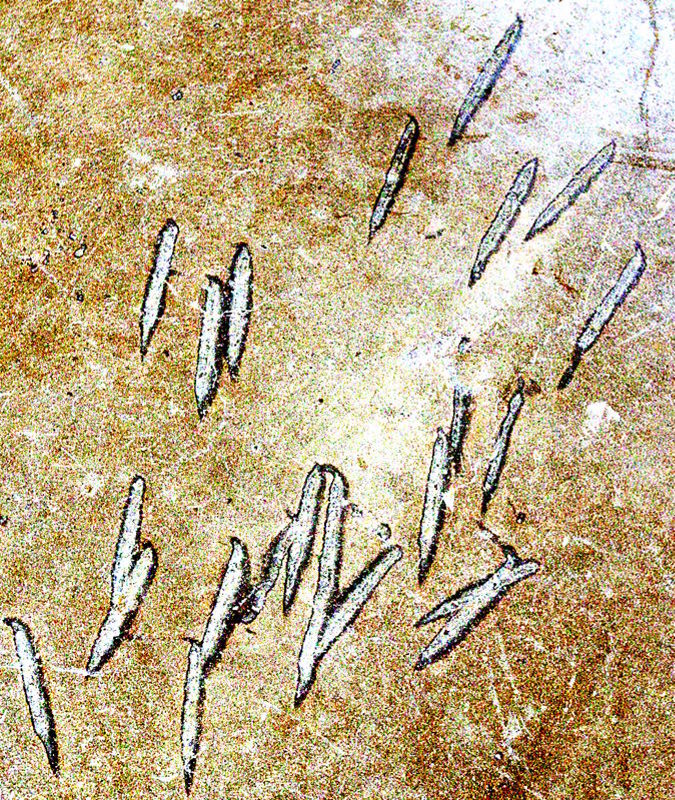 Sketch done on paper with pencil:

Hand drawn text applied to illustrations to make a poster:

An option with just Jack upper head with the other characters he’s out to kill on his mind.

The word ‘The’ in black disappears in the background.

White Text for ‘The’ stands out more.

Another option to place illustrations of all the cast in a frame.

With red background to symbolize blood: Feedback from Lecturer, not scary enough!

Axe that was used in the film, main cast on axe head, hand drawn text:

Flipped the background, light to dark with black outlines of Jack’s face.

I’ve decided to go with this layout with the catchphrase Cabin Fever, Jack?

Gradient background, lighter bottom half to make the text clearer.

Feedback from lecturer, to make Jack smaller, emphasize on text.